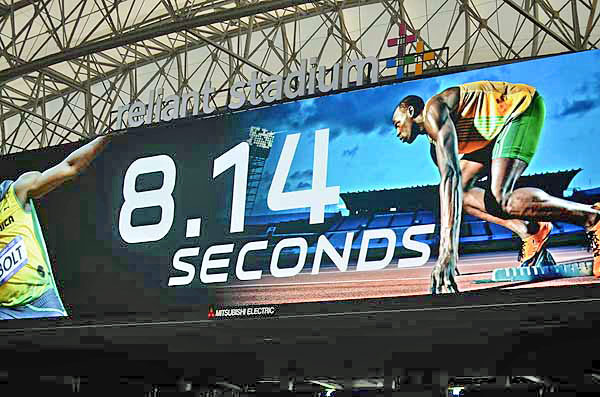 HOUSTON – Officials with the Houston Texans and Houston Livestock Show and Rodeo gave a select few the first preview of the world’s largest indoor high-definition video scoreboard at a VIP event in the Reliant Stadium West Club on Tuesday, August 13.

Houston Texans President Jamey Rootes was beaming with pride as he addressed the media and attendees, showing off the new, state-of-the-art BIG screens (severe understatement) affixed on either side of the field.  Check out some facts about Reliant Stadium’s newest additions and see why Houston can boast some major bragging rights!  And BTW, the food (and wine) was GREATand everyone had a WONDERFUL time!

Photos from the event shot by: Nakia Cooper/ N.W.A.