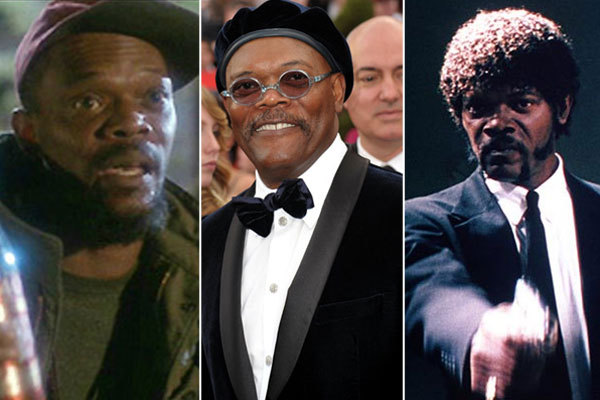 N.W.A. EditorOctober 28, 2011
0 Comments 0
Shares
For many of us, our first memory of Samuel L. Jackson on the big screen was a small, but memorably scene-stealing part, in Eddie Murphy’s megahit “Coming to America” as a rifle-toting McDowell’s (McDonald’s knockoff)robber.
The next thing we knew he was “doing a dance” in his critically-acclaimed role as Gator, the crack-addicted brother to Wesley Snipes and son of Ossie Davis and Ruby Dee in Spike Lee’s “Jungle Fever.”
After that, Jackson’s fame kept growing and he continues to be on what appears to be a neverending, meteoric rise!
According to MSN.com entertainment, the Guinness Book of World Records shows Jackson’s movies have grossed an impressive $7.4 billion over the span of his 20-year film career, beating out box office stars like Johnny Depp, Tom Cruise and Will Smith.
And his fame, success and Guinness Record are well-deserved. Jackson is well-trained in all aspects of the theater — from stage, to television, to movies.
The 62-year-old actor has appeared in more than 100 films, including Pulp Fiction, Jackie Brown, Unbreakable, Star Wars, Snakes on a Plane, Jurassic Park, Deep Blue Sea and Shaft , just to name a few.
He is currently starring opposite Angela Bassett on Broadway in “The Mountaintop” and has seven movies scheduled for release over the next three years, including one for the comic book flick “The Avengers.”
Many people like to point out that the bulk of Jackson’s films have been in supporting roles, but we would like to point out Jackson goes “all in” on any role he’s played with “fire.”  Love it or hate it, he delivers.
Jackson has been married to his wife LaTanya Richardson, an actress, since the 80s and the couple has one daughter.
Jackson also spoke publicly about his past battle with drug addiction, and proves that anyone can overcome obstacles if they are determined enough.
Oprah Winfrey once remarked of Jackson’s brilliant portrayal of a crack-addict in Jungle Fever, saying she wondered how Spike found a real crack head to play the role. Of course, Jackson had kicked his habit by then, but her comment gave high praise to how convincing and real his performance was. He and his drug addict girlfriend “Viv,” played by Halle Berry, made the movie in many people’s eyes.
Looks like Gator is dancing all the way to the bank. We at Lip Service: News with Attitude love and salute you Samuel Leroy Jackson!