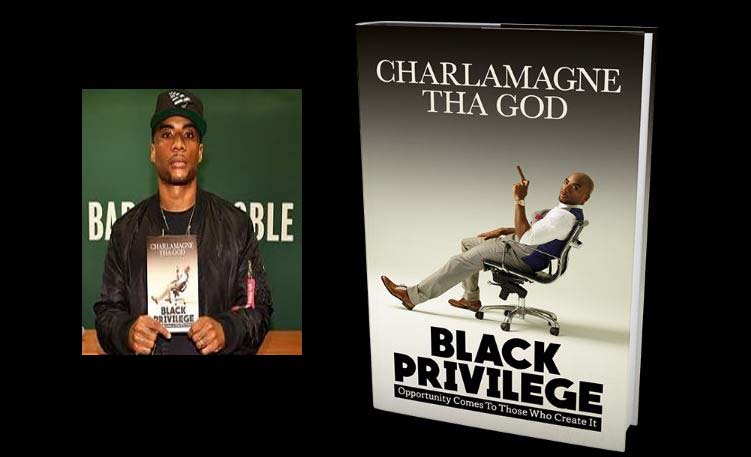 Could you work at a job and not receive a paycheck? I know that you are probably thinking “Hek No! I have responsibilities I’m obligated to!” Well what if I told you that the skills you learn from the job will benefit you in the long run, would you do it then?   In the release of his first book, Black Privilege: Opportunity Comes to Those Who Create It, Charlamagne Tha God is sharing words of wisdom he’s gained over the years in the industry.

In the book, the self-proclaimed “Prince of Pissing People Off” attributes eight principles to his success story from living a troubled past to snagging some of the most outlandish celebrity interviews.

Charlamagne Tha God wants people to “recognize the opportunity when there isn’t a paycheck attached.”

He said, “I wouldn’t be in the position I’m in now if I had demanded a check for every single thing that I did. The biggest break I ever got in my career was when I became the co-host of The Wendy Williams Experience. The first thing her husband told said to me was, “We want you to be the co-host but we can’t pay you, but we can offer you a place to stay.”

It looks like opportunity does come to those who create it. The outspoken radio personality is gearing up for #BlackPrivilege The Book Tour in Dallas, Los Angeles, Atlanta, Charleston, Columbia, Ridgewood and Washington.

To read more from Symone Daniels, click here to check out her blogsite.