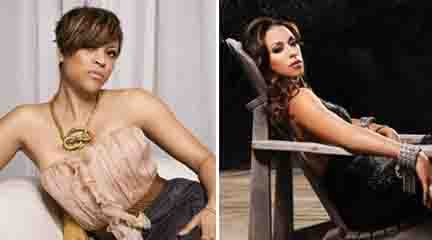 Say what you want about her, but don’t ever call her stupid.  The  “Queen Bee” of all basketball wives definitely learned a thing or two from ex-husband Shaquille O’Neal—and that is how to “make it rain” for herself.

Shaunie and VH1 have announced that they are taking the “Basketball Wives” franchise to Los Angeles, and guess who’s heading the lineup.

Brassy, sassy and ballsy as hell Gloria Govan, who became an arch-enemy of Shaunie on the original episodes.

Shaunie shows there is no love lost—or not a dollar lost—and is capitalizing off the drama the Govan sisters brought to the show.  We always say people love scandal and to scandalize – and Gloria’s fiery tongue, to be or not-to-be married mayhem to Matt Barnes and understandable loyalty to her sister Laura (Gilbert Arenas’ ex who was rumored to have an affair with Shaq) made her someone we didn’t mind watching.

So, why not throw the chica a bone, release more skeletons out of the closet and let all the ladies add cash to the kids’ college funds—although with all the athletes going broke these days, Shaunie is one of the only ones whose divorce settlement will most likely keep her out of the bankruptcy courts.  She truly seems to be using her savvy and business smarts – not a need for money – to build a brand for herself.

Laura Govan will not be a full cast member, but is expected to make guest appearances.

The show is scheduled to premiere August 29.