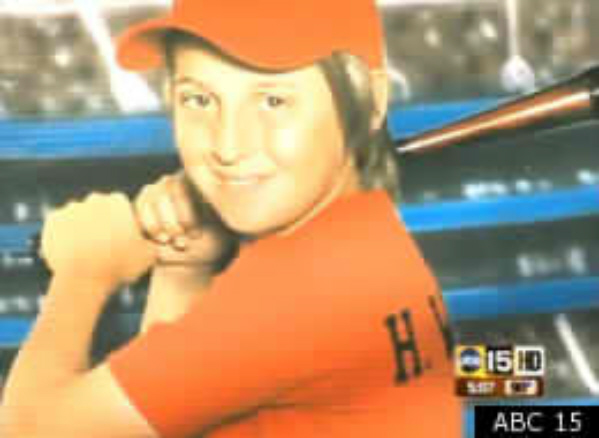 WINSLOW, AZ—A 13-year-old boy was killed in a freak accident after a ball hit him in the chest during his Little League baseball game in a close-knit Arizona community Tuesday night, according to an Arizona television station.

The child, Hayden Walton, went to lay down a bunt during a little league game when the ball hit him directly over the heart, said Jamey Jones, a Winslow Little League official.

“He took an inside pitch right in the chest,” Jones said. “After that he took two steps to first base and collapsed.”

Hayden was rushed to the hospital, but died the next morning.

Paramedics say Hayden died from Commotio Cordis, which is a disruption of heart rhythm that occurs as a result of a blow to the area directly over the heart (the precordial region), at a critical time during the cycle of a heartbeat.  They said Hayden was hit at the right speed, the right spot and at the right time.  The incident can only be described as a terrible freak accident.

“You’re probably more likely to be hit by lightning than to have this happen to you,” said league president and family spokesman Dale Thomas. “It’s total despair. When I see a boy go down, normally we can fix them; it’s a broken bone, it’s a scratch, it’s not a tragedy.”

The boy’s parents, who were at the game, are heartbroken, shocked and unable to speak to members of the media,

“It’s a hard thing to handle for everyone,” Thomas said. “When you’re touched by something of this magnitude, it sends shock waves throughout the community.”

Thomas, who grew up around the boy’s family, described Hayden as “the epitome of what every little boy ought to be.” Besides participating in Little League, Hayden was a Boy Scout, loved to work on cars and helped neighborhood widows by mowing their lawns and doing odd jobs.

The league suspended games until Friday and provided counselors for players or parents in need.

Flowers were laid at Home plate and Hayden’s pictures now hang in the stands, as a tribute to the fallen player.