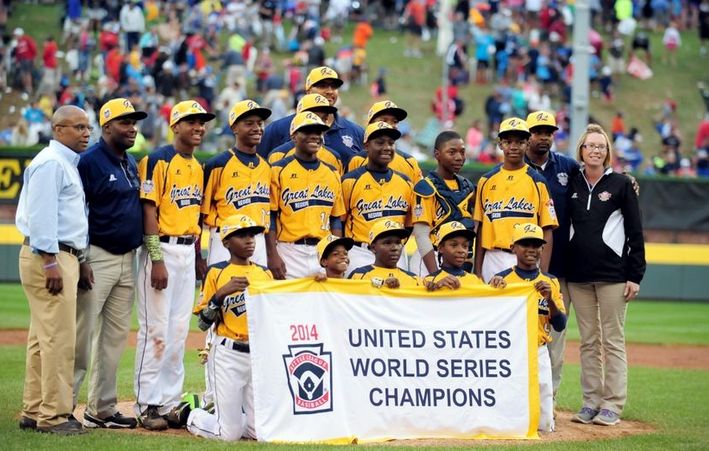 Players from the Jackie Robinson West little league baseball team were stripped of their championship title Wednesday, according to the Associated Press.

The little sluggers, who ranged in ages from 11 to 13, won the hearts of America when they brought home the top trophy last summer.  But after all the fanfare, some people started crying foul!

Little League International decided to strip the title after they say an investigation revealed team leaders falsified boundaries to field ineligible players.   The baseball organization said it also found that after the league had changed the boundaries, some team officials went to surrounding leagues to convince them to go along with what they’d done.

“This is a heartbreaking decision,” Stephen D. Keener, the Little League International president and CEO, said in a statement.

“As painful as it is, we feel it is a necessary decision to maintain the integrity of the Little League program. No team can be allowed to attempt to strengthen its team by putting players on their roster that live outside their boundaries.”

The team has been suspended from Little League tournament privileges until new leadership is found. The team’s manager, Darold Butler, is also suspended, and an administrator from the district that includes Jackie Robinson West has been removed from his position, according to the statement.

We have no words.  This is a sad case all around.  Rules are rules and they must be followed, but it is even more sad if someone was just out on a mission to sabotage the young men’s victory.