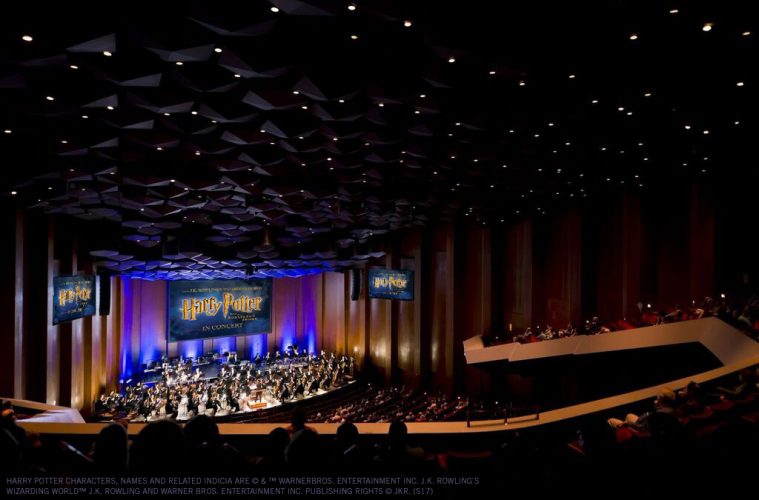 Audiences will relive the magic of the film on a 40-foot high-definition screen while hearing the orchestra perform every note of the film’s unforgettable score by Academy Award-winning composer John Williams.

The orchestra will be led by Nicholas Buc, a composer, arranger, violinist, pianist, and conductor known for his passion for music and film. He has conducted Disney’s Pixar in Concert, Michael Giacchino’s Star Trek Live in Concert, Bernard Herrmann’s Psycho with Orchestra and most recently the Australian and Japanese premieres of Alan Silvestri’s Back to the Future Live in Concert.

Harry Potter and the Sorcerer’s Stone is a 2001 British-American fantasy film based on the novel of the same name by J.K. Rowling. The film was the first installment in the long-running Harry Potter film series, which follows Harry Potter, a young boy rescued from the neglect of his aunt and uncle and goes on to fulfill his destiny while attending Hogwarts School of Witchcraft and Wizardry.

Justin Freer, President of CineConcerts and producer/conductor of the Harry Potter Film Concert Series explains, “The Harry Potter film series is a once-in-a-lifetime cultural phenomenon that continues to delight millions of fans around the world. It is with great pleasure that we introduce for the first time ever an opportunity to experience the award-winning music scores played live by a symphony orchestra, all while the beloved film is simultaneously projected onto the big screen. It will be an unforgettable event.”

Brady Beaubien of CineConcerts and producer for the Harry Potter Film Concert Series added, “Harry Potter is synonymous with excitement around the entire world and we hope that by performing this incredible music with the full movie, audiences will enjoy returning to this magical world, and to the many wonderful characters that inhabit it.”

The concert will take place at Jones Hall for the Performing Arts, 615 Louisiana Street, in Houston’s Theater District. For tickets and information, please call (713) 224-7575 or visit www.houstonsymphony.org. Tickets may also be purchased at the Houston Symphony Patron Services Center in Jones Hall (Monday–Saturday from 10 a.m. to 6 p.m.). All programs and artists are subject to change.