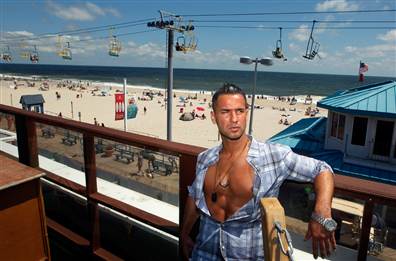 Abercrombie to ‘The Situation’: Stop wearing our clothes!

Most celebrities like to boast of getting freebies when they endorse a designer or company’s clothing line.  But how often do you hear of a company begging a celebrity to stop wearing them?

Well, in case you haven’t heard of it before, you have now!

Abercrombie & Fitch has offered to pay a significant amount of money to Mike “The Situation” Sorrentino and his fellow cast mates on MTV’s “Jersey Shore” to stop wearing their brand.

The company said in a statement released Tuesday they feel the cast is ruining the company’s image and goes against A & F’s “aspirational nature.”

Well, we’ll see if the controversial party hounds will pick a new brand of digs to rock — or in this case — ruin (allegedly).

Well, how about that?