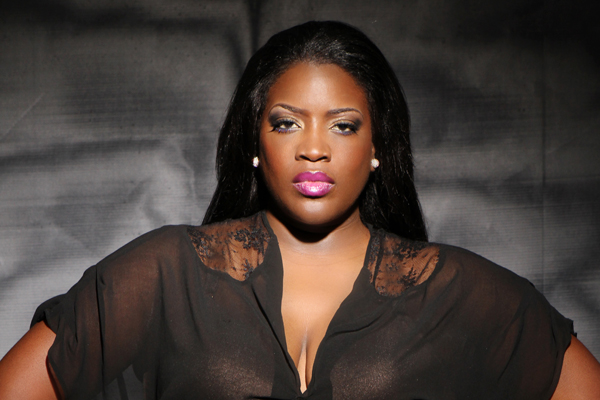 Black spot, spook, tar baby, spook nanny, Aunt Jemima – and thanks to Spike Lee’s “School Daze” – jigaboo, I was called it all growing up. And as revealed in Bill Duke’s upcoming documentary “Dark Girls,” many others of the same shade have heard it as well.

Now as an adult, I hear the words “exotic,” majestic beauty, unique and get this – “pretty TO BE a dark-skinned girl.”  Yes, they do still spout that ignorance.  Really, as if “others” are automatically pretty.

Those negative comments don’t come from other races, they come from within our own race—just adding to the stigma of blacks against blacks in a modern-day “house Negro against field Negro” mentality.

Duke’s documentary shows how some women were deemed less than others because of their darker skin tones and explores the shocking realities of black-on-black hatred, featuring testimonies from several dark-skinned women who speak on everything from childhood taunts, to dating, to hair.

“They would do it every single day and would not let up, on the playground, in the classroom, in the cafeteria, just constantly.  So I really didn’t have high self-esteem,” one woman sadly shared.

“I can remember being in the bathtub asking my mom to put bleach in the water so that my skin would be lighter and so that I could escape the feelings that I have about not being as beautiful, as acceptable, as lovable,” another woman said.

Men also sound off in the film on the issue, admitting to biases when selecting their mates.

When I was younger, men my shade wanted nothing to do with me and depending on the fashion trend, others did not either. The “yellow-bone” and “red-bone” phase left a lot of sisters dateless back in the day.

I am a sister who loves all black men.  My friends have joked that I have no preference as none of my ex-mates have fit into one particular mold.  I’ve dated dark to light, tall to short and fit to thick, but I was blessed with no blinders and an open mind.

Even though I was open, I found the lighter-skinned men were more attracted to me, while the darker ones wanted to bank on a brighter sister to enhance their chances of having a child “not like themselves.”

Have you ever noticed, the majority of black men who date outside their race or only light-skinned women are the more chocolate brothers?  Not always, but more often, I say.

The idea that the lighter or mixed-race (biracial) children were cuter than other kids was shared by more than just some men.  Some women fell into the same trap.

A woman in the “Dark Girls” documentary spoke about the pain she felt when her own mother noted her skin color as a negative.

“My mother and her friend, we were driving somewhere and she’s bragging about me, saying ‘my daughter is beautiful.  She’s got great eyelashes, the cheekbones, she’s got great lips,’ and she’s going on and she adds ‘could you imagine if she had any lightness in her skin at all, she’d be gorgeous,’” The woman recounted. “Just that last little part – all that pride that I had in her bragging about me just disappeared.  And I think in that moment was when I really became aware.”

Oprah Winfrey revealed in her OWN series “Master Class” that she became aware when she was ripped from a loving grandmother and returned to her biological mother who was a live-in maid for a light-skinned black woman.  The woman would not allow Oprah to sleep inside the home and forced the young child to sleep on the porch, but allowed her lighter-skinned sister, Pat, to sleep inside.  Well, all I can say to that woman is EPIC FAIL—to think of the blessings she has denied herself today by mistreating a woman who now blesses and treats the world.

I actually grew up in a home with a beautiful black (and slightly egotistical) dark-skinned mother.  So, in my home, “black beauty” reigned supreme.

It wasn’t until I got into middle school, where the mean girl cliques shouted negative “black a**” comments about me, that I started to notice that others thought I was less.  It didn’t make it any better that I was the only chocolate bunny in the bunch.

As a teen, and still today, I was the darkest of my girlfriends.  I remember always being the one last chosen when we met a group of boys.  It was obvious that whoever would get my phone number would only be stuck with me just because of the number system.  I often felt like the “un-athletic” kid last chosen in gym when playing kick ball.  You did not want them on the team, but you settled. It was no secret.

I am now a mom, and my children are by a Creole-looking brother (because those are the ones who approach me most), and shamefully, I often get the looks and bold questions of “are those your kids” and the “they must look like their daddy.” How rude! My son was extremely light when he was an infant and people would gawk at me as if I was the “Imitation of Life” mother. While I wish that my children looked more like me, I do realize that they will not have to endure the taunts I endured as a child.

This is so harsh to say, but this is a harsh reality; a less physically attractive (face and body) light-skinned woman would get a date before a beautiful darker-skinned woman.  The funny thing is, my facial features were the same then as they are now, people just chose to ignore them because the color of the skin that cloaked them.

I say to those people, your loss, because that dark cloak has been my protector through the years.  No hard, laugh lines, crow’s feet or aging has taken over my face.  I guess when they were throwing the insults my way they forgot the saying “Black don’t crack” would apply to me – literally.

Hollywood was against people like me, as the more glamorous roles went to women who were much lighter.  The big and small screen black goddesses that opened doors for the race were (honestly) the lighter-skinned women, who were accepted as natural beauties.  While I appreciate them and am so proud of them for what they did for me as a black woman, I just note that they were all of a lighter persuasion.  To this day, I am still captivated by the beauty of Lena Horne, Dorothy Dandridge, Diahann Caroll, Vanessa Williams – all who were deemed first in the games of their accomplishments.

The children that landed the Hollywood roles would often be the biracial children who looked absolutely nothing like the family to whom they were cast. It took many years, but thankfully, that too began to change.

All I can say is, the doors have opened slowly for women like me, and Bill Duke’s documentary will be a wonderful platform to educate those that have been walking around with blinders on to remove them and recognize all women’s true beauty.

My escape was literature because the outside world was too harsh.  The more I read, the more I began to understand and love myself for the true beauty I was.  I stand with my shoulders erect, a twist in my hip and my chest stuck out because beautiful poets like Maya Angelou and Nikki Giovanni told me that I –and my dark skin – was the ish.

I take a lesson from Muhammad Ali – no matter what the world may think of you, what matters most is what you think of yourself.  And be proud to shout it to the world.  “I am pretty, I am the greatest!”

I wear this body, perfectly dipped in chocolate, proudly with a comfortably cocky arrogance that I will not hide because for years they tried to take my pride away from me.

And while I am proud of who I am, I am blessed to say that I recognize women of all shades as beautiful.  Like I said, my friends come in all shades, and we wear the masks of motherhood, sisterhood and friendship proudly.

From the vanilla, to the caramel, to the chocolate:

ALL black is beautiful.