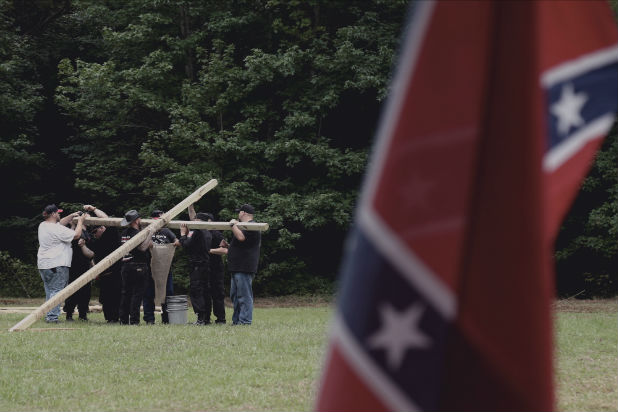 Several people are angry with A&E for a new project they have decided to premiere in the top of year 2017, and with pretty valid reasons. On Jan.10, A&E will debut their new documentary series “Generation KKK,” an eight-episode series that takes viewers into the lives of notorious klan members. This is surely going to be something we have never seen before— that is if we even decide to turn our channels to this kind of disgust.

Although the show has been heavily criticized and seen as a way to display more hatred across our television screens, Rob Sharenow, the general manager of A&E, has expressed that “This series gives viewers an unprecedented look at what it is like to be born into hate. Our producers gained access to Klan families allowing for full immersion into this secret world and its impact on the next generation,” according to Fox News.

Although the show has been heavily criticized and seen as a way to display more hatred across our television screens, Sharenow revealed that “We certainly didn’t want the show to be seen as a platform for the views of the KKK… The only political agenda is that we really do stand against hate,” according to NY Times.

Sharenow further stated that “I certainly think that A&E should be on the side of shining a light on things that aren’t really looked at… I wouldn’t go so far as to say we’re an advocacy brand. But I do think there’s a message of hope in all these shows and a promise of redemption.” Well, we sure hope there is some kind of redemption. That is exactly what these klan members need!!! That, and some good ol’ prayer!

Of course there was much criticism and insightful opinions on social, especially Twitter. Here is what some users had to say:

Dear @AETV & @nytimesarts, I'm absolutely horrified that you would produce Generation KKK & that NYT would review as if this is all normal.

Contacted @DIRECTV to have @AETV removed from my programming package. If you say no to #generationkkk, contact your provider.

Since the show is going to air soon, we hope that it actually does more good than harm when it comes to educating people on the group that has done its best to destroy policies and the implementation of laws that support the rightful freedom for people of all races, religions and backgrounds. Love will ALWAYS trump hate, even if the display of hatred may receive higher ratings on television. A&E, you’ve got some real convincing to do, and quick.