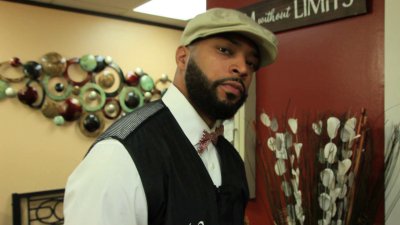 By: Nakia Cooper and Lakisha Lemon

HOUSTON — Ladies get ready to quench your thirst — with some fine fellas, that is!  There’s a new game in town and it’s attracted over a million women across the country, and they are showing no shame in hitting the “Like” button – and flooding the inboxes.

Beard Game Matters is the name of a ‘secret’ Facebook Group that allows users to admire men rocking well-groomed beards. Women get to sit back, relax and view “eye candy,” all with just the click of a button.

The page went viral on social media, gaining over 1.5 million users on Facebook within two weeks.

Mike McMillan, creator of the page,  lives in North Carolina. He told NewsFix via Skype that the page was initially meant to promote beard products, and serve as a platform for men to share grooming tips.

Well, we don’t know what happened, but the ladies caught wind of it, began sharing like crazy and the viral takeover was off and running. Women began using hashtags like #ClutchThePearls, claiming their new #Bae boyfriends (in their heads) and getting distracted at work while commenting, liking and sharing photos of the men on their Facebook timelines.

So who are all these hunks? CW39 NewsFix reached out to a few to find out.

Aaron Paige is a barber in League City. He says the women are flocking to beards because they like a “manly-man.” Even still, he is blown away by how the “ladies” are being outright upfront about what they are thinking.

“It’s definitely insane. A lot of very bold comments you wouldn’t expect from women,” Paige said. “It’s a lot of crazy comments, women going berserk over this group. I just think it’s kind of cool that the men are getting some action — the ones with beards.”

We tracked down a couple more of the Houston area bearded sensations and brought them to our NewsFix studio.

The men were from all walks of life, in all occupations, and each sported a lil’ different sumthin’ sumthin’ for just about any woman’s preference.

Antione Foley, 31, is the soft-spoken sensitive type. He is a machine operator in Houston and a single father of three. Foley says he is open to getting back into the dating arena after his children’s mother died six years ago.

“I just do it all by myself, go to work and go to the gym,” Foley said.

Kedrick Brown is an actor with credits in Greenleaf — now airing on the Oprah Winfrey Network —  Surviving Compton — the biopic of singer Michel’le chronicling her relationships with Dr. Dre and Suge Knight —  and Underground, just to name a few.

“I went to bed, woke up to about 700 or 800 notifications on Facebook,” Brown said. “It’s simply about my physical appearance and the fact that I have a beard.”

Brown showed NewsFix a few of the inbox messages from his new fans and –let’s just say — our lips are sealed! But they are definitely some great reads!

Did anyone say “rev ’em up” ladies? Well this fine gentleman can really get some motors running.

Reginald Jackson, 45, has been an engineer driving trains for the last 20 years. (He has a pension, ladies!!)

He is single, a father of one son, and is an athletic/ outdoor enthusiast. He said what happened is all pretty simple.

“It was like overnight my phone was going off,” Jackson said. “Hey, you got a beard, you get in.”

Jackson says he is not expecting to make a love connection out of the group, he is just having fun, letting the ladies look, and is continuing to do what he loves to do — work hard, play hard and keep his beard on point!

Some more hunks who could not make it to the station gave us a little 4-1-1 on who they are.

Reginald Solomon, 42, goes by Myster King Solomon on Facebook. He is a government contractor who lives in Houston, but travels overseas to work with the Marine Corps in Iraq, Afghanistan and Kuwait. Solomon says he is truly surprised by the response he’s been getting.

Lavine Lavine (yes, we said it twice) is an internet sales manager at a dealership in H-Town. He says he was shocked by all the comments he began getting on social media, but is flattered and getting used to it.

Hunter Hearst Helmsly Jr., 32, is from Racine, Wisconsin. He, too, was caught off guard from all the newfound attention, but is taking it all in stride.

He told NewsFix, “Honestly, the attention was unexpected. It’s nice to see that women around the United States think I’m sexy.”