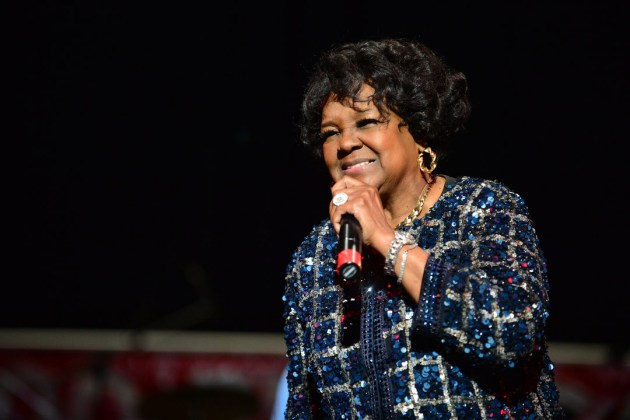 She’s got beans, greens, potatoes and tomatoes, but now filing a lawsuit has been added to that list! Legendary gospel singer and pastor Shirley Caesar is now suing DJ Suede over the video challenge that led to many remixes and tons of laughter!

Although Caesar was overwhelmed with joy due to the popularity of her famous, unexpected line while performing the song “Hold My Mule,” she is showing much disapproval for DJ Suede’s unauthorized remix of the song. Suede made a video that included drinking and unfavorable dancing that ultimately upset Caesar.

According to Hip-Hop DX, her legal team stated that the video resulted in more than $5 million in losses. The article further states that “DJ Suede and his management were in conversations with her lawyer. They didn’t reach an agreement and they put it out anyway,” according to a member of the team.

There is one person Pastor Caesar was willing to share the love with, and that was rapper Snoop Dogg! After the rapper came to her about his desire to do a remix that was respectable of course, they planned to make a deal that would ultimately help feed the hungry with the proceeds. Suede just may have affected that deal.

Suede had received a lot of backlash for his version of the challenge, expressing that “I can respect the fact that she doesn’t want twerking and gyrating going on.. At the end of the day, they’re going to do whatever they want to the record. It’s one of those records that make you want to dance anyway.” The disrespect is so real!

No matter what, we know that you don’t mess with a child of God, and Suede just may have stepped on the wrong toes. One thing we know for sure is that gyrating and the Lord don’t mix.

Take a look at Snoop and Caesar’s video below!