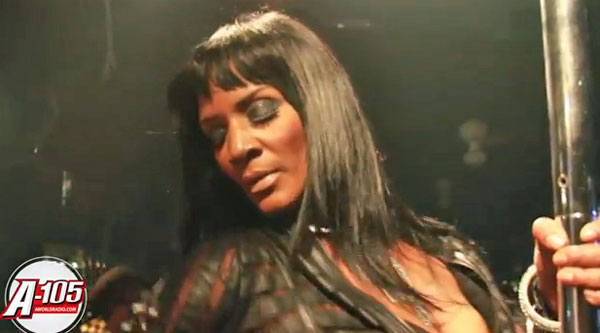 Do not adjust your computer screens.  Your eyes are NOT deceiving you.  Yes, Momma Dee, the mother who is starring in “Love and Hip Hop: Atlanta” with her son, ATL rapper Lil’ Scrappy, is swinging around a pole in conduct “unbecoming a mother” —  and grandmother, while we’re at it!

What’s worse is Momma Dee is dancing in a strip club on..and around…a pole…..laying on the ground…stretching her legs behind her head (well, sort of) all to the tune of her SON’S song!

Would you be OK with your mama acting like this?  Should Scrappy finally tell his mother to go sit down somewhere?  They are in a prime position to reverse the mistakes of the past, not continue with this type of behavior!

Just take a look at the Youtube video for yourself, courtesy of AworldRadio.

Joseline’s drama on Love and Hip Hop: Atlanta familiar to many