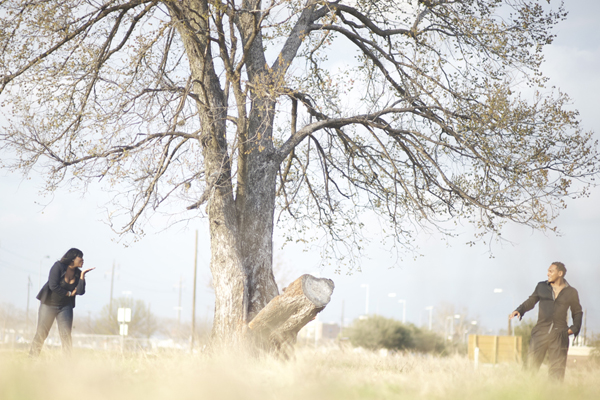 My girlfriend called me last night, “hot as fish grease” as they say; talking about the man she was involved with.  The two added each other as friends on Facebook, and all I can say is – she is not a fan.

She went on and on about going through his posts — and older posts, then his pics — and older pics, and matching them with a timeline of their involvement.

“I see him hugged-up with this woman when I know we were together then,” she said.  “This doesn’t look like a friend to me!”

I said their “involvement” for a reason, because while they are romantically involved, they have not clearly defined their relationship.  So, when it comes to this type of situation, is it a good idea to be friends on Facebook?

As usual, I have a testimony for this topic!

It is great to have a relationship you can be open about — and for those in a solid relationship —  sharing on Facebook could be harmless. The holiday and vacation pics or the quick little “hey baby” notes can be cute at times; and for some, might be a little “voyeuristic” role play! But when you are in the sticky stages of a budding, new romance — Facebook may not always be the best answer.

A long, lost love found me on Facebook, and that is one thing I love the site for — the ability to reconnect and/or remain connected with old and new friends.  But after seeing his face pop up on my screen and his fans’ comments, the ish started to get pretty annoying.

There are some things we just should not see.

My blood would boil when I would see the clearly ex-girlfriend —  one word, “WOOF” from the public profile pictures — comment on each and every photo he uploaded and status he posted.  But the bad thing is, he would answer with some coy, slick comment of his own.

Umm, hey brother—don’t look like you’re trying to leave things in your past!

And what a past it was, the women on his page seemed to be involved in some sort of virtual-reality catfight over who was the Alpha-ex girlfriend.

We agreed to keep our relationship out of public forum discussion, but he showed no respect by engaging in what he dismissed as harmless “cyber flirting!”

Then he would make snide remarks on various photos on my page, picking them apart if I was posing with different men at parties or gatherings (who were just friends by the way) or ripping me to shreds about comments I made under some guy’s post.

Then he did us both a favor—he deleted me as a friend on Facebook.

Wow, did that make things better.   You know the old adage, “out of sight, out of mind,” well it totally applied in this case.

I found it better to ask him “how was his day” than having an attitude after already knowing (assuming) based off his posts, “likes” and comments from not-so-distant female friends on Facebook.  But you know what is funny, he still would remark about things on my page that were still public to non-friends.  All that made me realize is that he obviously checked up to see what I was doing, but just didn’t want me to see his “goings-on”.

He actually told me later to add him as a friend again so I could see something, but I sweetly declined, not ever wanting to go down that “ask the woman  you were passing love notes to on Facebook” or the “ask the man you’re hugging on the picture” road again.

So, after we got all the Facebook drama out of our lives, it opened an avenue for the real issues to take center stage:  the money, the date nights (or lack thereof), the lipstick on the glass in the bedroom (that was not my shade) or just the outright inability to commit!  In other words, we were not meant for each other and had to go our separate ways, but at least we could no longer use Facebook as an excuse!

And while that was our drama, believe me, that scene has been played out so many times before.  Facebook — or what people do or say on Facebook — has caused many relationships to end before they have a chance to begin.

Your tree can not grow if the roots are not properly nourished.  Plant your seeds on solid ground, before allowing the weeds of social-networking to kill your relationship.

Because once the drama starts, you may as well kiss your mate goodbye.