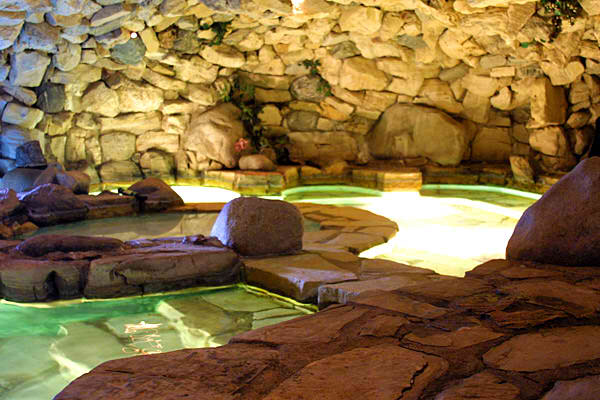 Confirmed: ‘Something bad in the water’ at the Playboy Mansion

Swimming naked in the grotto, bikini-clad frolicking by the pool and just all out tongue-wagging at the eye-candilicious landscape— Hugh Hefner’s Playboy Mansion has been one of the most coveted party spots for Hollywood A-listers.  But be careful, reports say there was something lurking in the water — yikes!

According to the Los Angeles Times, many people who attended a fundraiser party at the Playboy Mansion came down with a respiratory illness after the DomainFest conference in February.

Los Angeles County health officials say the bacteria that causes Legionnaires’ disease was found in a hot tub at the mansion.  Health officials presented their findings Friday at an annual conference at the Centers for Disease Control in Atlanta.

Officials contacted 439 people and found that 123 had fevers and at least one other symptom with 69 falling ill on the same day, the LA Times reported.

The name of Legionnaires’ disease stems from its discovery in 1976 when attendees of an American Legion convention in Philadelphia became sick with the bacteria and developed pneumonia. About 8,000 to 18,000 people are hospitalized with the disease every year in the United States, according to the U.S. Centers for Disease Control and Prevention.