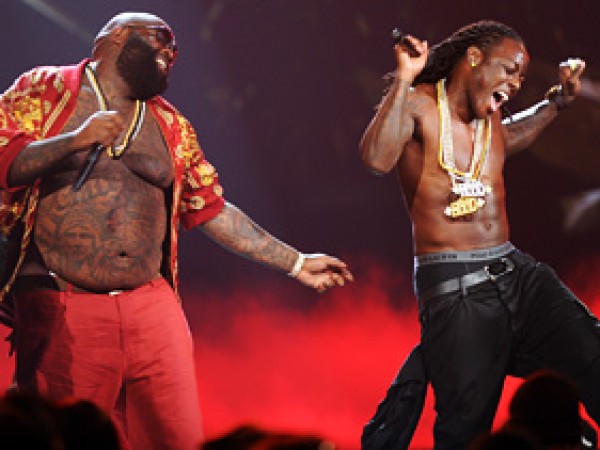 There is one thing we know does not stick to Rick “The Teflon Don” Ross – that is a shirt!

Ricky Rozay, as they say, seems to be definitely “owning” his inner — and outer — sexy as he burst open his red silk shirt while performing the “Hustle Hard,” remix with Ace Hood, Lil’ Wayne and DJ Khaled.   Ross may be saying while Lil’ Wayne and Ace Hood are lean and tatted up, he got a little something-something extra for the ladies!

Rick Ross looked more like the “Dapper Don” draped in black and diamonds when he performed again with Lil’ Wayne and Drake for “I’m On One.”

We at Lip Service: News with Attitude just want to say, get it then!

Check out a clip of the performance below, courtesy of MTV.com.