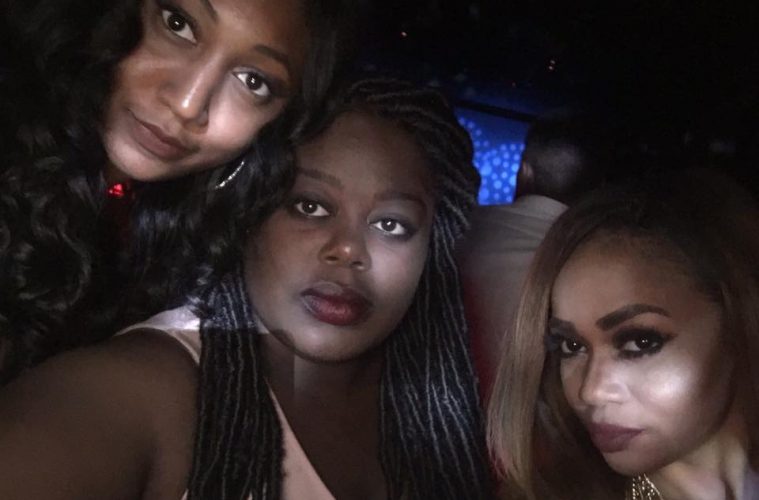 Light Skin vs. Dark Skin: Why are we still talking about this when we’re ALL so beautiful?!

Is it because her skin is as fair as vanilla milk and her face complexion is less pigmented with a few brown freckles than other African Americans that she’s perceived as a “light skinned” black girl? “Why must light skinned be tagged in front of black girl?” Amber Spencer wondered.

Her beautiful golden locks and blemish free yellow skin have been thrown the middle of a controversial topic that has many African-Americans sounding off, urging everyone to kill the war against each other.

Spencer scraped her mind trying to understand when and why it come acceptable to divide our race, labeling each other as “light-skinned and Dark-skinned,” and adding stereotypes to different skin complexions.

“We are all beautiful in the skin we wear. The world has already taken aim at us for being African-American (black), why must we add to its ignorance and separate or bully each other because we are lighter or darker,” Spencer said very assertively.

The “Light Skin vs. Dark Skin” war has escalated over the years, but is deeply rooted in the history of the black community. This conversation is one that is often vaguely told and overlooked due to many fleeing the topic. This silent, but yet powerful, war has left many with certain assumptions or pre judgments of one another — all because of the [beautiful] colors of their skin. Although, this historic problem is not just black against blacks, a study has shown job employers take into account and have a preference for the complication of blacks they hire.

A subset of racism is “colorism,” which is discrimination based on your skin tone.

Spencer explained her thoughts on how beauty standards are impacted by your skin tone and how it can play on younger minds causing self-esteem issues.

“I read an article that revealed some teens feel the lighter your skin, is the prettier you are, and if you are darker, you’re ugly. Those consumptions are heartbreaking because beauty is only skin deep,” Spencer said.
Kiri Davis was a senior at Urban Academy High School in New York City when she recreated the famous doll experiment of the 1940s by psychologist Dr. Kenneth Clark. Davis created a seven-minute documentary called “A Girl like Me,” that explored school-age girls’ views of themselves and gave vivid examples and interviews of society’s imposed beauty standards.

In the video, Davis allows pre-school girls, ages 4 and 5, to choose from two dolls: one black and the other white.  Davis then asks the child to point to the doll she thinks looks nice. The little girl picks the white doll.  Davis goes on to ask the little girl to explain why she believes the white doll is nicer. The girl answered with “because she’s white.”

Fifteen out of the 21 children Davis interviewed chose the white doll over the black doll.

After sharing the results of the experiment with Spencer, she said it validated her thoughts on innocent black girls viewing their skin as unwanted.

Spencer also referenced the environment and the upbringing of youth, and how it can change the outlook on being light-skinned and dark-skinned.

She firmly believeif parents raise children up, instilling inside of them that they are beautiful no matter what complexion they are, it would put ease to this war.

“I’m constantly hearing ‘that’s what light skin people do’ comments from other black people. I feel like that is ignorant,” Spencer said.

Spencer hopes the “Light skin versus Dark skin war” will soon be a thing of the past.