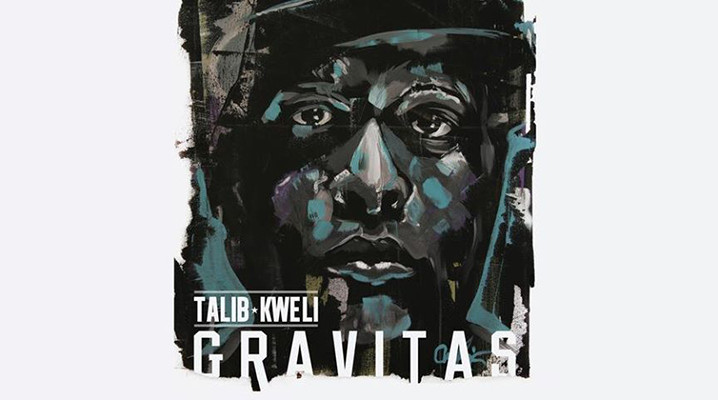 REVIEW: Kweli retrieves back to the underground after commercial experimentation

Rapper’s second album in the same year offers more of the usual, he is still politicking after more than 10 years in the game

For Brooklyn emcee and political activist Talib Kweli, “Prisoner of a Conscious” was most likely his most ambitious and risky project due some of the commercial sounding production that — while oozing with chart-topping appeal — were hugely outside of Kweli’s comfort zone. The absence of the gritty underground hip-hop sound and the decision to slightly lower the level of verbose in his verses subsequently may have rubbed some of his core audience the wrong way, but the 15-track project effectively put Kweli in the potential position to cast a commercial hip-hop net while staying rooted in providing deep and meaningful themes in songs that aim to inspire.

Back for a sixth studio album adventure, “Gravitas” cleverly acts as “Conscious’” direct enemy while keeping close to the same end goal. The method of releasing the 11-track effort on kweli.com is also telling of the creative direction. Each track strictly sounds like vintage Kweli and imperatively pleases his core audience who crave more of the accustomed conscious rap records.

The presence of the old-school-smash-mouth Kweli is strong throughout the album. Combined with some instrumentally driven beats by the likes of Statik Selektah and Lord Quest, the topics for these tracks are complex. However, they’re brought to life through storytelling and a “tell-it-like-it-is” attitude. Kweli instills his pure knowledge in every song. From hip-hop’s misogynistic tendencies to Kweli’s rag to raps recall, not even today’s hottest rappers are safe from Kweli’s grimy, yet thought-provoking lyricism.

Indeed, shots are blasting in songs like “Violations.” In what sounds like a rap battle, this champion-fueled track features Wu-Tang member Raekwon in a frenzy back and forth main attraction verse. Thaddeous Dixon’s take on the beat is interesting, given the swift, alternating change between the subtle and futuristic sounds during Kweli’s turn at the mic and then the gritty, bass heavy and hard-hitting beat that explode during Raekwon’s. With a catchy hook sporting the same nature as the verses, the two tremendously body the track.

More head nodders can be found in “Rare Portraits,” which showcases snapshots of Kweli’s rise to fame.  Stories about how when he first began busting rhymes or when he stood outside radio stations and feasibly “devoured” rappers are in abundance and give insight to his startup and his relationships with some of the greatest rap legends.

Another story-telling track and arguably the best track out of the eleven, “State of Grace” allows for Kweli to delve into a controversial topic concerning rap music — the influence it has on women and how the music industry has diluted the culture. Lines like “She ain’t never been a bitch or a hoe/But she used to sing along when she heard it in a song” help Kweli get in tune with his inner politician and metaphorically point out what he finds problematic.

While the Illuminati shutdown in “The Wormhole” and the star-studded banger in “Art Imitates Life” fit the bill for Kweli’s conscious underground rap sound, other tracks fail to do the same.

Despite Selektah applying a genius pep-rally feel to the track, “New Leaders” unfortunately sounds like it didn’t make the cut to “Conscious.” Here, Kweli and The Underachievers play off social media and how they’re trying to avoid attracting ‘followers,’ and there’s even a small Kanye West jab (“new slaves ain’t ready for my masterpiece”). Overall, the track sounds pretty close to what may be heard on radio and the topic of concern here is too easy — even for Kweli’s standards.

The soothing and laid back track “Lover’s Peak” contains some great vibes from Kweli and also beautifully transitions to the J. Dilla-infused “Colors of You,” a track which features well-executed vocals by Mike Posner. However, these songs quickly go as they came — an underlying flaw throughout most of “Gravitas.”

In fact, the album ends pretty abruptly. The album feels like a cliffhanger by having the only two mellow tracks close out the show. Where’s act two? There is none. Could there have been more? It’s possible that “Gravitas” lost a few jewels along the way given Kweli’s track record of ill handling with album releases.

Kweli still possess some gold when it comes to being a pioneer in composing great socially conscious hip-hop music and while it welcomes back the fire that he had stored away during his last venture, “Gravitas” somehow lost the flare toward the end.