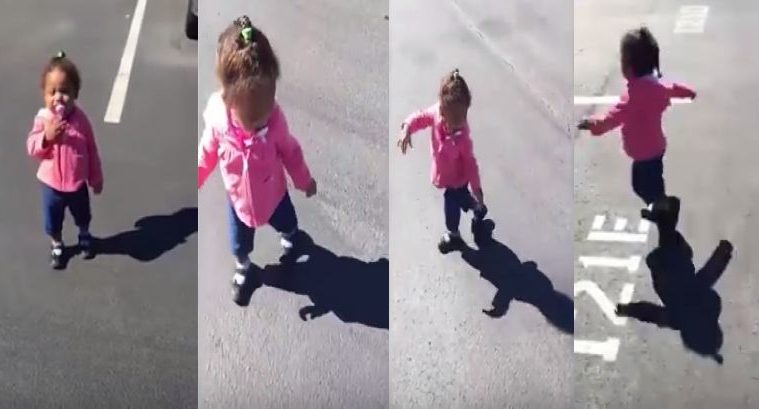 Give her a hug! Adorable tot terrified of her own shadow

Some kids make you wish you could reach through a computer screen and give them a big old hug.  This adorable little girl is TERRIFIED after running across someone who appeared to be following her.  The only problem is, it was her very own shadow.

This cutie broke out screaming after seeing her “darker half” following her around on the ground, and you know it was serious because she dropped her pacifier!  The Youtube video has gotten thousands of hits.

Can you remember the first time your child saw his or her shadow?  I remember my son was a little terror..and he kept trying to stomp on it!