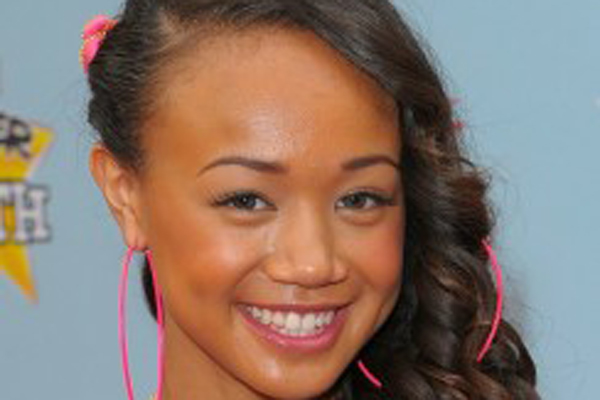 There seems to be “no limit” of the talent in the Miller family, because not only does Daddy got chops, but he’s passing his good genes down to his offspring.

Following in the footsteps of big brother Romeo Miller, Master P’s little girl Cymphonique Miller  is creating quite a buzz for herself.

The southern cutie has, like her big brother in the past, landed a starring role in an upcoming Nickelodeon series.

According to deadline.com, Nickelodeon has ordered 20 episodes for “How to Rock” a new coming of age musical comedy featuring original music and dance.

Based on Alloy Entertainment’s book, “How to Rock Braces and Glasses,” the series is slated to begin production this summer in Los Angeles for a 2012 premiere.  In the series, the 14-year-old will portray the teen leader of a hip hop/ pop band.

“Cymphonique is an extraordinarily talented 14-year-old who has already established herself as an actress, singer and dancer, while remaining an honor student, and “How to Rock” is the perfect showcase for her comedic and musical skills,” said Marjorie Cohn, Nickelodeon’s President, Development and Original Programming.

If the success of her big brother’s run on tween TV is any indication, Nickelodeon has made a sure bet with banking on Cymphonique.

(Lil’) Romeo headlined his own successful series on the network for four seasons with his self-titled show before his age even hit the double-digits.

And Cymphonique is no novice to the business.  She has performed with Romeo, JoJo, Wonder Girls, Raven-Symone and Ashley Tisdale.  She voices a character on Disney Channel’s Phineas & Ferb and has guest starred on the Nickelodeon series’ Big Time Rush, True Jackson VP, The Troop and Just Jordan, which are all smashes for the network.

Master P is expected to be hands-on with the project in regards to the music.  We expect nothing less from Dad and know the outcome will be fabulous.  He has established himself as a respected entertainer and shrewd businessman known for not only uplifting his community, but making entertainment a “family business” like the Jacksons and the Smiths.

Only thing we can say is young, black, famous, smart and super cute—Cymphonique just makes us proud—so we at Lip Service: News with Attitude give the entire Miller family a super smooch and smack!  Gotta love it!