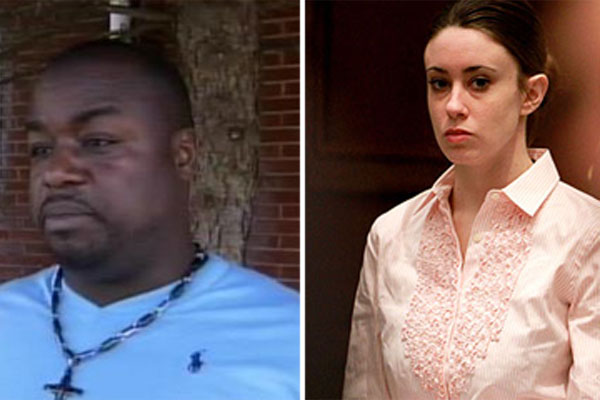 A black man from Darby, Pennsylvania, who just so happens to have a now infamous name, has been bombarded with Facebook “friend” requests and threats aimed at the real “Casey Anthony.”

Now, unless this man does not have a profile picture, the people who are sending these messages and threats should really brush up on their detective skills.

After all, the infamous mother who was just found not guilty in the death of her 2-year-old daughter, Caylee, would not likely have had an active Facebook page the last three years she spent in jail.  But hey, stranger things have happened.

Read the wacky story, courtesy of the Grio.com.

“I can’t change my name ladies and gentlemen,” said Casey Anthony, a 43-year-old male from Darby, PA who shares the same name with the 25-year-old Orlando, FL female who was found not guilty of killing her 2-year-old daughter, last week.

Darby’s Casey Anthony has been bombarded on Facebook, he estimates he’s gotten at least 300 friend requests, messages, and posts, all targeted to the other Casey.”After the verdict that day, it went crazy. It was like everybody wanted to know and wanted to comment on this Casey Anthony situation.”

Anthony’s Facebook profile also posts his cell phone number which lead to numerous phone calls and after being harassed by the first few FL area code calls, he just stopped picking up. “Making comments about the verdict, who am I to take a child’s life. And then I’m sitting back like excuse me, I’m not the Casey Anthony you think.”

Check out the video below:


Click here to read the rest of the story on the Grio.com.