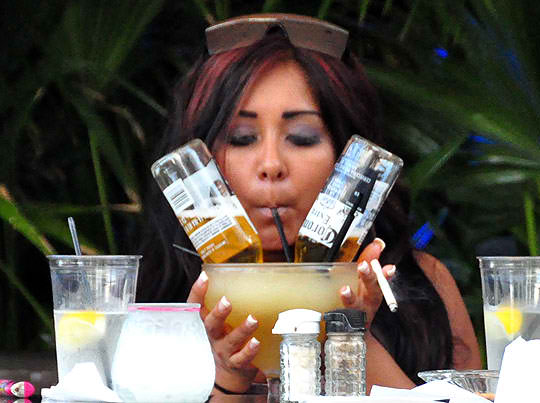 Don’t try this at home—or ever—especially on a date!

Well, when it comes to dating post-millennium, it is definitely space-aged out here.  In fact, it seems that many dates are taken from episodes of the “Twilight Zone.”

There are so many do’s, don’ts and uncertainties of how to act properly on the first –or first few — dates….it can get confusing out here.  While I am a single woman still searching for answers, I am still guided by the higher beings of yesteryear’s advice givers…you know who they are…the mothers, fathers, great aunts and grandmothers you ignore until you land in trouble.

Believe it or not, no matter how “new” the game is today, “old school” advice still reigns supreme.

Is chivalry dead—It shouldn’t be!

Oddly enough, many complain that chivalry—for most men today—is DEAD!  They have either not been taught to treat a woman like a lady or they just could care less.  But the fact remains, women still love a chivalrous man, and men can get so much further if small efforts are put forth.

Believe me, women are simpler than you may imagine.  Even the most “high-maintenance” woman melts like butter for a man that opens doors and pulls out the chair at the dinner table.

But to be fair, women need to be courteous and appreciative.  When a man does something kind—let him—and say ‘thank you.’

If he is chivalrous enough to take the time to open your car door, slide over and open his.  There was a memorable moment in the movie “A Bronx Tale” where Sonny (Chazz Palminteri) tells the young “C” (Lillo Brancato) that he would know if a woman was meant for him if she opened his car door from the inside.

Sonny:   Alright, listen to me. You pull up right where she lives, right? Before you get outta the car, you lock both doors. Then, get outta the car, you walk over to her. You bring her over to the car. Dig out the key, put it in the lock and open the door for her. Then you let her get in. Then you close the door. Then you walk around the back of the car and look through the rear window. If she doesn’t reach over and lift up that button so that you can get in: dump her.

Sonny:  Listen to me, kid. If she doesn’t reach over and lift up that button so that you can get in, that means she’s a selfish broad and all you’re seeing is the tip of the iceberg. You dump her and you dump her fast.

But listen to this, men!  In order for us to unlock your door, we must be let in first.  (That statement has a double-meaning if you’r e really paying attention).

These days, the convenience of technology has made it too easy for a man to skip this gesture.  Just because you have a remote on the key chain does not give you a pass to not open a woman’s door.  It is not saying that she is incapable of doing so; it is just another way of saying, “I want to make sure you’re safe.”  Men, remember this:  a woman loves a man who can make them feel secure.

And if a man runs into an ALPHA-FEMALE who is hell-bent on opening her own doors and resist chivalrous acts of any kind, it may mean she has some walls up and has never been treated like a lady.  Or, it could be that any man who has done these things for her in the past expected something in return and she is just keeping her guard up.

Whatever the reason or situation, true gentlemen go the extra mile to show a lady a good time.

I’ll tell you one thing. I believe while Webbie hailed women for being I-N-D-E-P-E-N-D-E-N-T, he may have sent some men the wrong message.  While we love having our own house (Bad) and our own cars (Bad) as the rap says, that does not mean we don’t want to be treated like a lady.

How much do you drink on the first date?

Now, I have gotten a lot of resistance on this and I am totally fine if you don’t agree, but I feel that when it comes to dating, two drinks are enough!

Nothing ruins the evening more than slurred speech, corny jokes or odd behavior.  And all of these characteristics can be alcohol-induced.

I remember having dinner with a man who went through a myriad of emotions on a first date.  And it seems that the more drinks he downed, the more skeletons came out of the closet.  I mean, I really should thank him because after all, he saved me some future-drama if I had went further with the relationship, but it also let me know, keep those drinks to a minimum!

Some men say they want you to let it all hang out and “show them what you are working with” from jump street.  Don’t get me wrong, I am all about being honest, but some behaviors are not acceptable – ever.

Not on the first date or the last.

It should never be common practice for your date to have to control your drunken nightclub rages or brawls, then have to carry you home at the end of the night.

Reality TV has shown us enough embarrassing moments when 12 of someone’s 15 minutes of fame has to have closed captions across the screen so viewers can decipher their ramblings.

Leave that behavior to the Snookis and the Lindsays.  Their wild antics, arrests and multiple court dates clearly illustrate that — forgive my frank slang, that ish ain’t cute!

I’d rather my wild dates to be memorable for good reasons; rather than a hazy, hung over “did I really do that” night.

I say this because I’ve been there in my early 20s and a short blog has no room for my long tales, so just take my word for it –please!

Who pays the bill?

The next question—in fact the tension-filled, point of anxiety that usually sets the tone of the relationship, comes when the dinner and drinks are over.  It is the dreaded CHECK, PLEASE!

Sometimes the bill looms on the table for what seems like an eternity while the man and woman are frozen in some awkward Wild West standoff, gunslinger tune whistling in the background and both with their hands locked on their own pocketbooks until one of them breaks the stare.  People, THIS IS NOT NECESSARY!  Nothing can ruin great chemistry more than a cheap ending to a beautiful meeting.  How about following this advice:

Women love a confident man, and the man picking up the check does not mean he is weak or getting set up to “get played,” as they say.  It is frankly, the chivalrous thing to do.

It has always been customary for men to take the lead on these situations, but with today’s economy, more women can — and should– “chip in” on dates sometimes.

But if that unspoken rule is a little too antiquated for you and you’re “not having that,” ask yourself one simple question:  Who initiated the date?  If he asked you out, he should pay.  If it is the other way around, then it is OK for the woman to unzip the handbag and place the plastic on the table.

Then there is yet another answer that is a sure fire way no one will get hurt in the end:  you can always GO DUTCH!

It can be worded as simply as “How about I catch the drinks and you catch the meal,” or “How about you pick up the tab, while I pay the tip.”

Sex on the first date:

I think it is safe to assume that having sex on the first date is so passé. With all the STDs going around, anyone who does that needs to update their dating profile to read “thrill seeker, loving to live on the edge.”  No matter how HOT your date is, it is a definite “No-No” when it comes to sexual activity on first meetings.

Regardless of what one person party says trying to convince the other that it is OK in today’s world, showing restraint is always the best course of action.

Learn to connect with a person on a mental level before jumping into a hot-bed before it is time.  Remember, the brain is the best aphrodisiac.

Sex is more mental than physical, and no matter how great someone claims to be in bed, you are more reserved with a stranger.  If it is someone that you are totally comfortable with, you are more at ease, willing to try new things and can enjoy the person you are with more because of the trust.

So many people make so many mistakes that can stick with them for the rest of their lives because they’ve rushed into something too soon.  The descriptions “wolf in sheep’s clothing” or “Dr. Jekyll and Mr. Hyde” were not just made from active imaginations.  People use those sayings to describe someone who started one way, but ended another.

Many love to quote Maya Angelou’s saying, “When people show you who they are, believe them,” but while Ms. Angelou says pure gut instinct can hint you to a person’s true character within five minutes, some people ignore their gut when the lust takes over.

Think about it, when you first date someone you are rarely dating that person – you are dating their “representative.”

Wait to know if the person is the “real deal” before jumping in the sack.

Like another one of my favorite songs (from way back in the 70s) says, “Baby, we can do it—take your time, do it right.”

Now that you have opened the door (or allowed the doors to be opened) pulled out the chair (or allowed the chair to be pulled out) settled the bill and ended the night with a friendly hug—yes, even a tight one—and maybe a sweet forehead kiss, you can start focusing on getting to the fun stuff…and that is figuring out if the person is right for you!