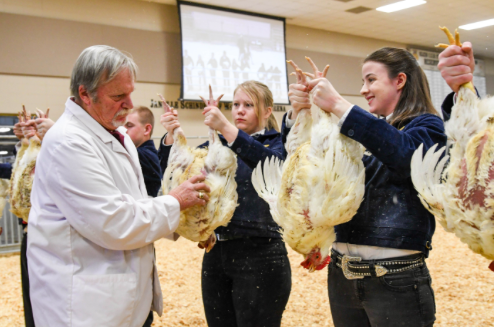 “We would like to say a special thanks to our supporters and the Klein community for coming out and supporting these students,” said CTE coordinator Dennis Pierce. “Without their support and dedication, the show would not be possible.”

This year also featured another record-setting feat when Klein Collins freshman Amanda Smee took home Grand Champion steer, heifer and broiler. Her broiler and steer earned her more than $10,000 in the auction.

“I’ve been participating in FFA and 4H since I was in third-grade,” said Smee. “I’ve been waiting to show in Klein ISD for a while so I figured, my first year I better start with a bang.”

Congratulations to all students on the projects and to the following Grand Champions: